What Broke the Dam?

Dozens of people died when a tailings dam burst in Mariana Gerais state, causing a mudslide on 5th November 2015. It is just one example of the environmental damage caused by mining companies in Brazil. Our partners in Brazil tell us that “it is time to recognize that the territory affected by mining of iron in the so-called Minas Gerais Quadrilateral iron ore, and Aquifer reached an unsustainable rate, and there are no technical or logistical conditions to control this irrational and irresponsible process of occupation and use of ground.” 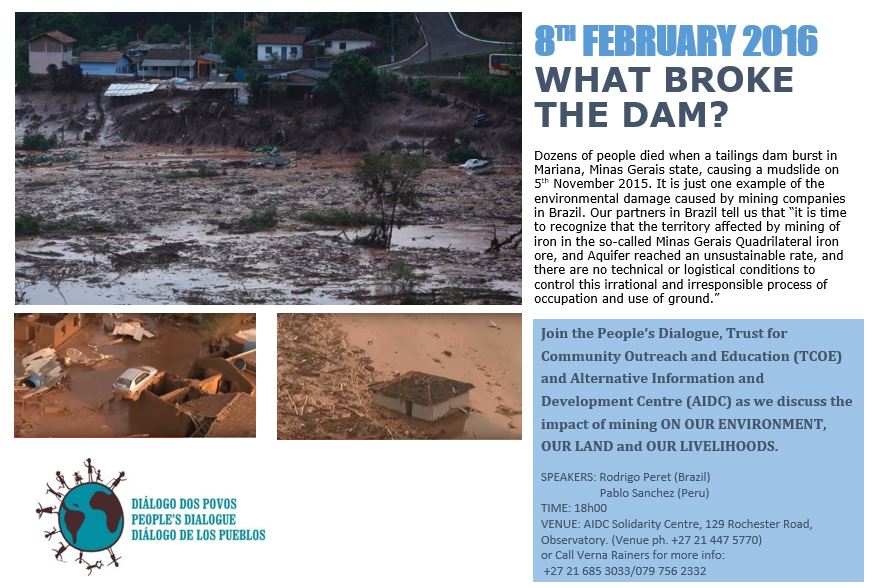